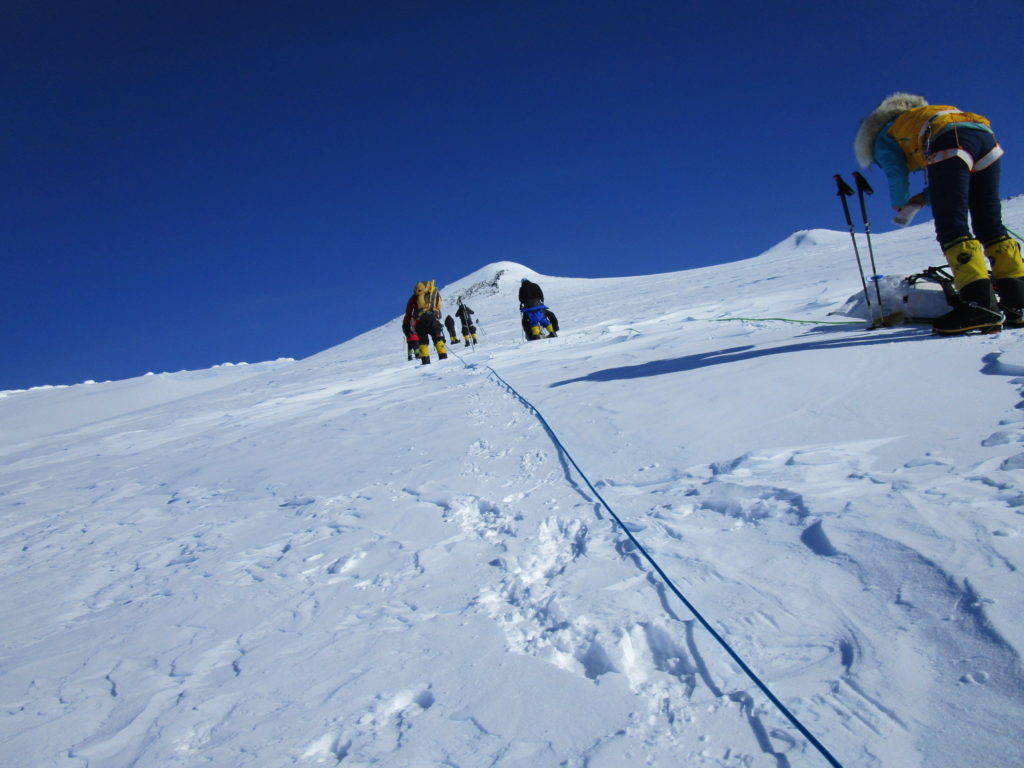 Following this season’s ALE trip I am updating the list of those who have climbed Mount Sidley with the Mount Sidley ascents 2020. Another 10 people make the list.

Note that all dates are logged by reference to UTC (Universal Time Coordinated) where I know the precise summit time. Accordingly elsewhere you may find climbs recorded on different dates. This applies in particular to ALE trips #7 and #8. ALE uses Chilean time which is at UTC -3 hours.

I also list in alphabetical order, first the guides and then the other team members. So this list should not be read as showing who reached the summit first.*

Fewer than 60 people make the list. However this climb is becoming ever more popular with next season’s ALE trip already subject to a waiting list. Do not be surprised if ALE make the decision to run an additional one next year. This reflects the ever growing popularity of the V7S challenge.

This year’s team was led by American guide, Josh Hoeschen, and British guide, Andy Chapman, with eight participants including a four-strong South African contingent. A total of 10 plus aircrew is probably about the largest number the Basler aircraft can manage.

In addition there were three Americans and a Russian. One of the Americans was Roxanne Vogel who, earlier this year, completed the rather remarkable feat of leaving home, climbing Everest and returning home all within 14 days. Adventure-journal published an article about this.

Of the eight clients, five were also Seven Summiters – so a strong team.

By way of reminder, further background information on Mount Sidley and the Volcanic Seven Summits can be found in this blog.

I will post my list of those who I am aware have climbed the Volcanic Seven Summits in a week or so. Four names will be added. As ever if there is anyone who I have missed I am happy to correct the list.

* I would also say that it does not really matter and it is the getting down that counts…. 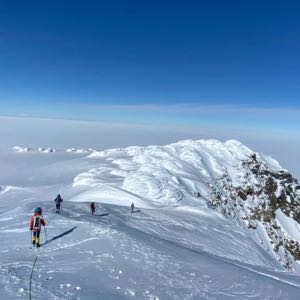 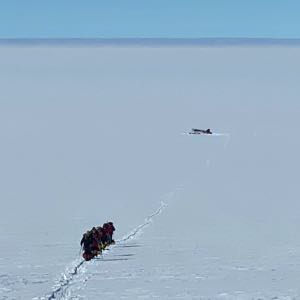 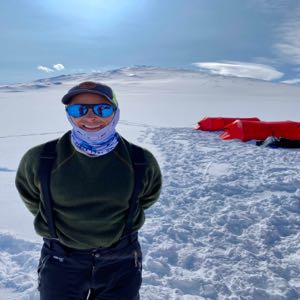 The Mount Sidley 2019/2020 season has now started in earnest. David Roskelley’s website reports that the team has flown from Union Glacier to the mountain. They arrived at around 10.30pm UTC on Monday.

As anticipated they have landed on the ice sheet. This is the fourth ALE trip to do this. The remaining ones have landed in the crater.

Team member, Andrew Hughes, was kind enough to send me this photo with the slopes of Mount Sidley rising in the background.

The scene will look something like this with the trusty Basler in the background. Looking at the ice disappearing into the distant horizon one can appreciate the enormity of the Antarctic ice sheet.

As the weather forecast now looks promising, the ascent is likely to begin later today. This starts with a walk across the ice to the base of the mountain. This first section is further than it might seem from the picture above.

After then the slopes steepen at a fairly uniform angle. In around 5 hours the team will reach a shallow col where high camp can be set up. With the weather set fair, the team is likely to take everything they need for the climb. Last year the group made a carry to high camp and then returned to base camp the same day.

If the team is feeling well and the weather remains good, then one might anticipate a summit attempt the following day. This was the programme that my group used, though we were turned back by bad weather and we had to try again three days after leaving base camp.

In the meantime, the flight crew will remain with the aircraft. There will be regular radio contact between the team and the crew during the climb. Good luck to all!

Best laid plans etc. I have been in touch with the team at Sidley base camp. Although the weather at base camp is fine, it does not look so good up the mountain. So the team have not yet left base camp.

Andrew Hughes has sent me this photo of the mountain taken shortly after their arrival with what looks to be a partial halo where the sun’s light is refracted by crystals in the atmosphere.

Previous blogs on this season’s trip are here, here and here.