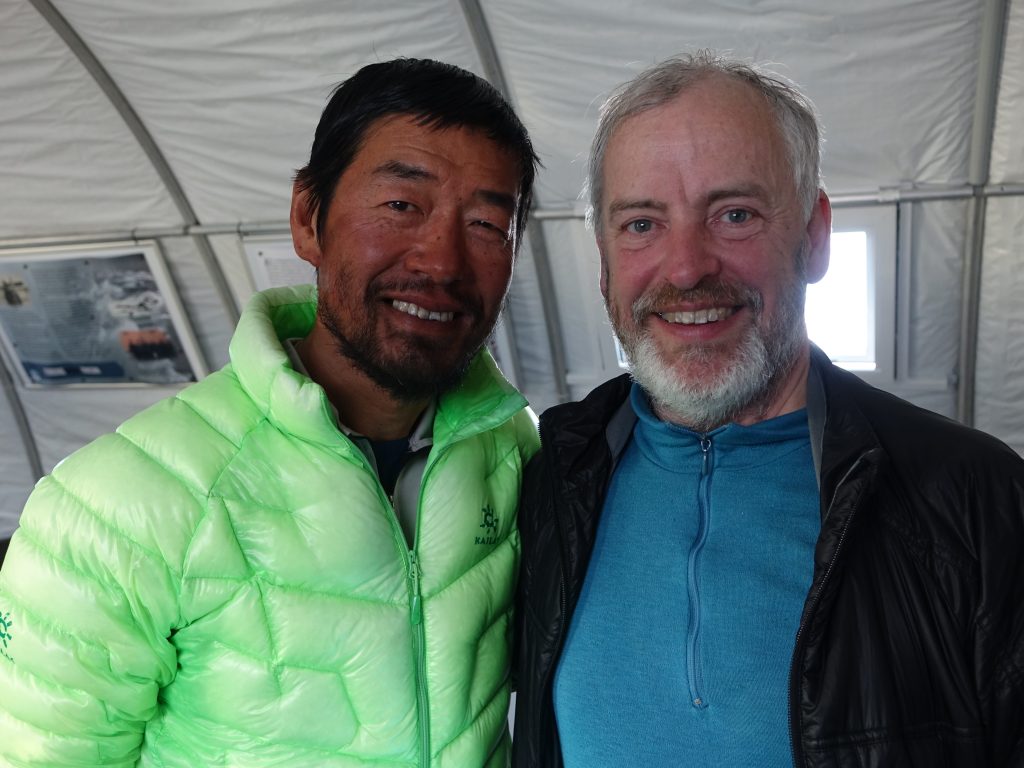 Back in July last year I wrote about this Chinese climber, Zhang Liang, and his achievements in climbing the Seven Summits, skiing to the North and South Poles and climbing the world’s 14 8000m peaks.

You can find the blog here.

At that time he only had Denali in Alaska to climb in order to complete the Seven Summits.  He has now climbed Denali, summiting on 7th June 2018.  A report on his achievements can be found here (see 11th June post) and here.  There is also a report on a Chinese website (in English) here.

The latter report indicates that his Shishapangma summit was “only” to the central summit at 8008m rather than the main summit which is only 14m higher.  But a knife-edge, corniced ridge separates the two summits.  So it looks as though he will be going back next Spring to attempt the main summit.

I will be following his progress.

On my trip to Antarctica last January I met an unassuming Chinese man, Zhang Liang.  He was on the same flights in and out of Union Glacier as I was.  His objective was Mount Vinson like the majority of mountaineers to Antarctica.  Here we are back at Union Glacier after we had each succeeded with our objectives. 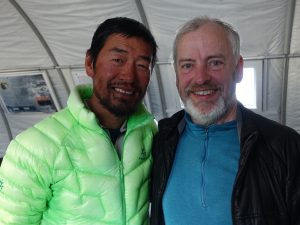 He is attempting to climb the Seven Summits and Mount Vinson was his sixth summit.  He has Denali in Alaska to do.  This is a photo of him on Vinson (taken from his Facebook page). 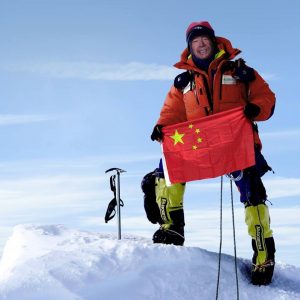 But he also has two other objectives.  The first is to ski to each of the North and South Poles.  This he had already achieved by the time I had met him.  The other is to climb all of the world’s 8000m peaks.  There are 14 of these.  Up to now only 39 people have, indisputably, climbed them all – there are another five or six whose claims are challenged, including the Briton, Alan Hinkes.

On 2nd October 2017 Zhang Liang summited Nanga Parbat in Pakistan so completing the 8000m peaks.  So he becomes the 40th person to have done so.  He had summited K2, the world’s second highest mountain in July.

Assuming he manages to climb Denali, I believe he will be the second person ever to have climbed the 8000m peaks, the Seven Summits and skied to the Poles.

Congratulations on his recent achievement!