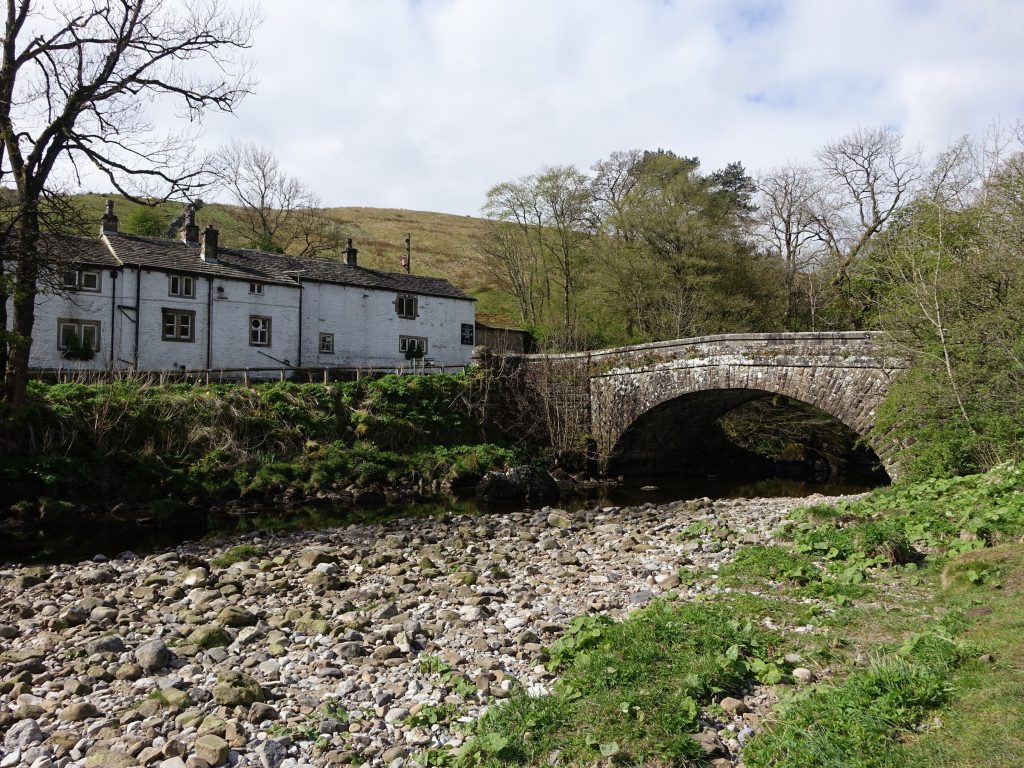 Yet another UK hill classification (or, more accurately, UK excluding Scotland) relates to the Hewitts.  These are Hills of England, Wales or Ireland of Two Thousand feet in altitude (610m).  They must also have a prominence of at least 100 feet (30m).  There are 316 of them in England and Wales with a further 209 in Ireland.

Of these there are 20 in Yorkshire, all within striking distance of home.  Some, such as the “real” 3 Peaks of Ingleborough, Whernside and Pen-y-ghent, are well known and I have climbed each of these each at least 20 times.  But I thought that, in the spirit of maintaining my bagging credentials, I should perhaps aim to climb all of the Yorkshire Hewitts.

So I determined that I would try to climb four in a day.  This would involve four separate walks, two of which would be relatively quick and the other two a little longer.

First up was the intriguingly named Lovely Seat and the most northerly of the four.  It stands to the east of Great Shunner Fell on the Buttertubs Pass north of Hawes.  The Buttertubs Pass was used on stage 1 of the Tour de France when the Tour visited Yorkshire in 2014.

There is parking by a cattle grid near the summit of the pass.  Although it was a Bank Holiday weekend it was quiet, probably because I was at the start by 6.30am.

It was just a question of following a fence straight up the side of the hill.  Lovely Seat misses out on being a Marilyn by about 10 feet (3 metres) and indeed has a stone built seat on its summit.  I will leave you to judge whether or not it is lovely.

In fact the name is a misnomer.  It should be Lunasett which in turn comes from the Norse for moon pasture.

It was still a bit cloudy and cool so I did not stay long.  Up in 40 minutes and down in half that.

Here it is now a farm track and bridleway.  The top of Drumaldrace is just a couple of kilometres along this track.  It is a fairly uninspiring hill that is dominated by Dodd Fell to the west.  That said it was the only hill where I saw anyone anywhere near the summit.

Here is a pic looking back north to Great Shunner Fell and Lovely Seat.

The road drops precipitously down into Langstrothdale and then upper Wharfedale at Buckden.  Langstrothdale is really pretty with the river flowing over and through rocky linns.  It is a good spot for picnicking on a summer’s day.

There are a couple of places from where the climb of Yockenthwaite Moor can be made.  The first is from Yockenthwaite itself, though space for parking is at a premium.  Another point is from Hubberholme which is where I started from. Finally you can take the road from Buckden over to Aysgarth and park at the high point.  All require a couple of kilometres of tramping across expansive bog.

In Hubberholme you can take the minor road into the village opposite the George Inn and park adjacent to the river.  From there a public footpath on a vehicle track takes you through a farm adjacent to the 12th century church of St Michael and All Angels.

The vehicle track takes you up to Scar House.  This is National Trust property and has an interesting history being the location of an early meeting place for the nascent Quaker movement.

The track stops just beyond the house.  From there it is bearing almost due north up the rough pasture, intersecting with a fence-line and then following Strans Gill.  The angle eases for the final kilometre of bog.

Fortunately there had been little rain in the previous weeks so it was easy enough to avoid the worst of the slime.  The trig came into view.

The trig sits on an island of dry grass with fine long distance views of Ingleborough and Pen-y-ghent.

I returned the same route, the round trip taking around 2 ½ hours.

Finally it was on to Darnbrook Fell.  I drove the windy road through Buckden, Starbotton and Kettlewell before doubling back on myself up Littondale.  I found a spot to park on the road near the pub in Litton.  Here it was a bit busier with the pubs and eateries in Arncliffe and Litton doing good business.  Look hard in Arncliffe and you can find good cream teas on offer.

A choice of paths will take you across the river in Litton so as to get on to a vehicle track that leads past Spittle Croft and encircles the hill.  I followed this track for a kilometre and a half to the sheepfold on my left where a gate was conveniently open.  That led to the open fellside.  From then in it was the usual fare of rough pasture and occasional soggy bits all the way to the summit trig which looked as though it had been left a bit high and dry in the peat-hagged summit area.

Darnbrook Fell is really a subsidiary summit of Fountains Fell to the south west.  As such the views to the south west are hidden by that higher ground and those to the west and north-west are blocked b Pen-y-ghent and its outlier, Plover Hill.

As is the case with much of the English Pennine hills, their rounded plateau-like tops are not conducive to good near views.  But it had been a good day.

The four walks had involved over 1000m of climbing about 7 hours of walking.  So I now have just two Yorkshire Hewitts to climb for the full collection.  Many are not popular hills as evidenced by the fact that I only met one couple on the hills all day notwithstanding the fact that it was a Bank Holiday weekend.