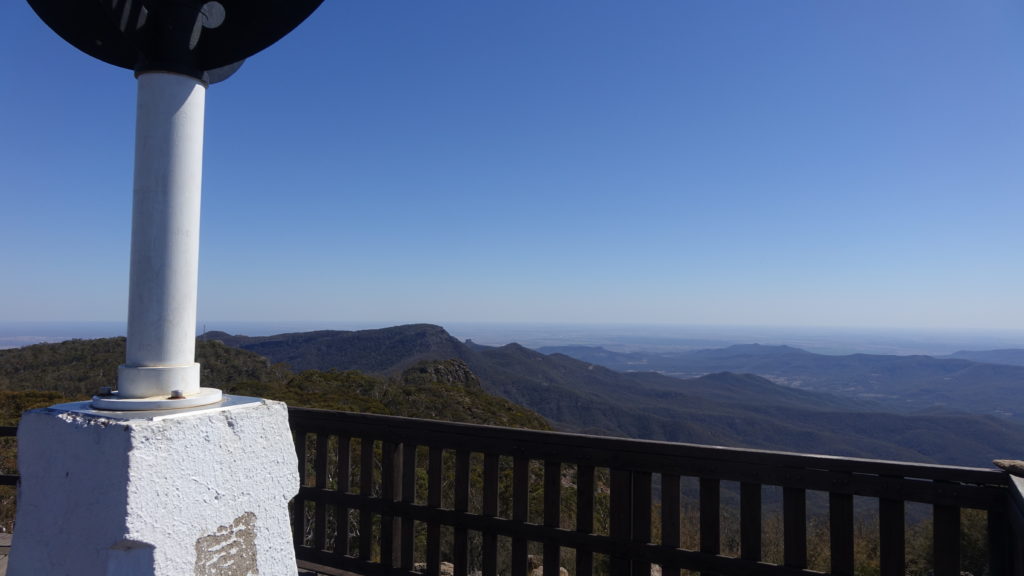 The identity of the Volcanic Seven Summits is well-known (see here). Of these, there is currently a recognition of Mount Giluwe as the highest volcano in Australasia.  However for those who consider Australia (rather than Australasia) as the true continent, identification of the highest volcano in Australia may be of import.  It could also affect people’s views of the volcanoes that are to be regarded as members of the Volcanic Seven Summits. A sort of Carstensz versus Kosciuszko argument as to which should be recognised as the seventh volcanic summit.

Determining which volcano is the highest in Australia has proven difficult to ascertain. This note does not come to a definitive conclusion. However, on balance I think that the answer is likely to be Brumlow Top in the Barrington Tops National Park of New South Wales. In coming to this view I have ignored Mawson Peak on Heard Island which is 2745m high. Whilst Heard Island is an Australian external territory, it is clearly not a part of the landmass of Australia itself.

Readers will note that there is no mention of Mount Bogong.  The Wikipedia page dealing with Australian volcanoes suggests that Mount Bogong is the highest volcano.  However, there is at the time of writing this blog a comment in the Wikipedia entry suggesting that Mount Bogong’s entry is in error. “Mount Bogong is composed of metamorphic sedimentary rocks” it says.  Indeed the coordinates given in Wikipedia for the location of the volcano lie 80km to the south of Mount Bogong.  This is the location of the Bogong lava field.  Mount Bogong does have volcanic rocks. However these have been uplifted in much the same way as those on Aconcagua (which was for a time also once thought to be an extinct volcano).  So the evidence suggests that we can probably discount Mount Bogong.

What is a volcano?

This brings me to the question of what is a volcano?  For this purpose I have discounted locations where volcanic activity has led merely to extrusions of lava at the Earth’s surface.  I have also taken the view that to count as a continental (or country) high point for this purpose, there ought (if possible) to be a suitable prominence from its nearest highest neighbour.

In terms of the first condition (mere extrusions of lava) this makes no practical difference here.  There are no such locations in Australia where this would determine which point is the highest volcano.

As for the second condition (prominence), I consider that 600m would be the right measure.  Of course one can argue over the use of this number.  It is only an opinion after all.  But if one is talking about a volcanic mountain, then a suitable degree of prominence is (in my view) apt.  In fact, in this case, the point only matters if one thinks that a prominence of less than 100m could define a volcanic mountain.

An equally interesting question is whether something that once was a volcano could subsequently cease to be one.  This is not an issue with any of the currently recognised Volcanic Seven Summits.  But, Australia is an ancient landmass.  What happens where a mountain that once would have been categorised as a volcano is so eroded over time that it is reduced back to roughly its original landform, but now with a vent running up through it?  This is the situation with one of the candidates listed below.

The table below identifies suitable candidates.  Australia is not, I suspect, normally identified as a location of volcanic activity – at least by the lay person.  But, as an ancient landmass, it has experienced significant amounts of volcanic activity over the millennia, particularly down the east coast.  Being an ancient landmass, time has considerably eroded the volcanic formations.  The volcanic activity has been in the form of shield volcanoes (rather than the more noticeable and readily identifiable stratovolcanoes) and lava fields (where lava exudes through faults in the Earth’s surface).

The highest volcano in Australia

Although my conclusion is that Brumlow Top should be considered the highest volcano, this blog is not written by an expert in volcanology (or geology).  Quite the opposite.  I have read a few articles on the internet by apparent experts.  Many refer to scientific papers that are available only on payment which might shed more light on the matter.  I have not sought to access those papers.  So the conclusions in this note are up for debate.

If I am right, a more worthy winner would have been Mount Kaputar.  It stands supremely isolated and does not suffer from trees enveloping its summit.  So there are stunning views from the top.  This mountain lies within the remains of a massive shield volcano where one can observe the impact of ancient forces.  On the other hand, poor old Brumlow Top hides in the lush Gondwana rainforest, a swelling on a high plateau.  There are no views. It is a fight through the bush even to reach the summit and you would not know it was even there if you weren’t looking for it.

The table below provides height and prominence details taken from a variety of sources, especially Peakbagger.com, Wikipedia and Google Earth.  There are often material differences between them.  Indeed Wikipedia itself is often inconsistent between pages for the peaks themselves on the one hand and the page with the listing of Australian mountains on the other.  So I have used the details that seem to be the most consistent. I have not looked at sites such as Summitpost or Australian National Park websites because in the end this did not seem to matter for the assessment.

So I repeat.  I am not a geologist or volcanologist.  Accordingly, my interpretation of the information that I have found may well be incorrect.  I am happy to be challenged on the content and conclusions of this note as to Australia’s highest volcano.

Any volcanologists out there?