You are here: Home / Blog / The Yorkshire Matterhorn and other flatter places

Roseberry Topping is sometimes known as The Yorkshire Matterhorn!  Well, if you squint enough from the right angle, there is a sort of resemblance.  It reaches the mighty height of 320m (1,050ft).  Nonetheless it is prominent from afar, detached as it is from the main bulk of the North Yorks Moors. 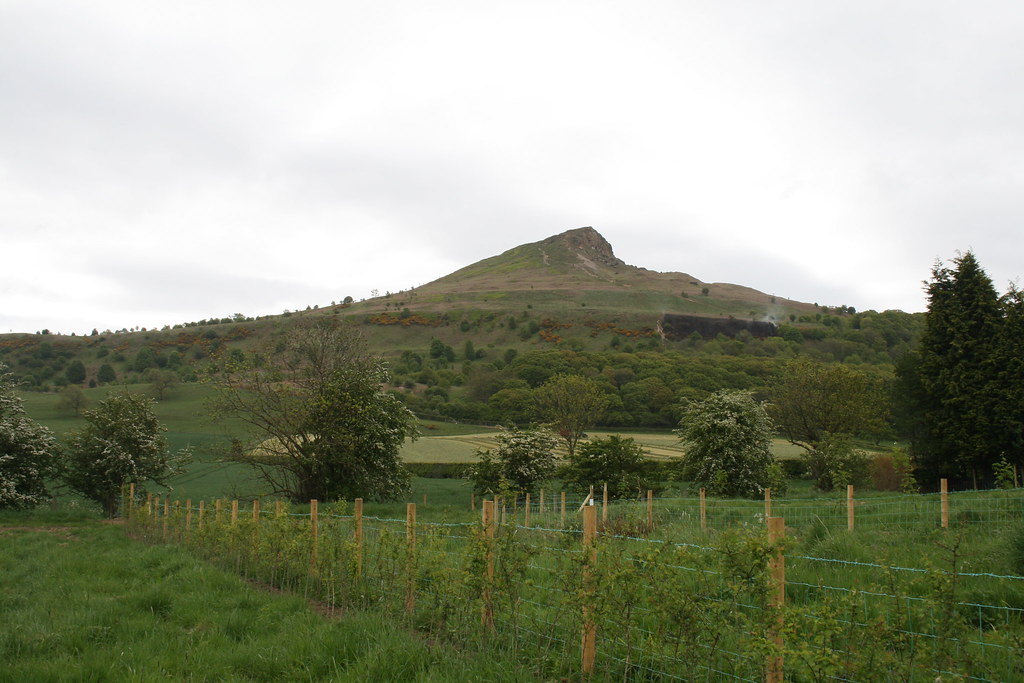 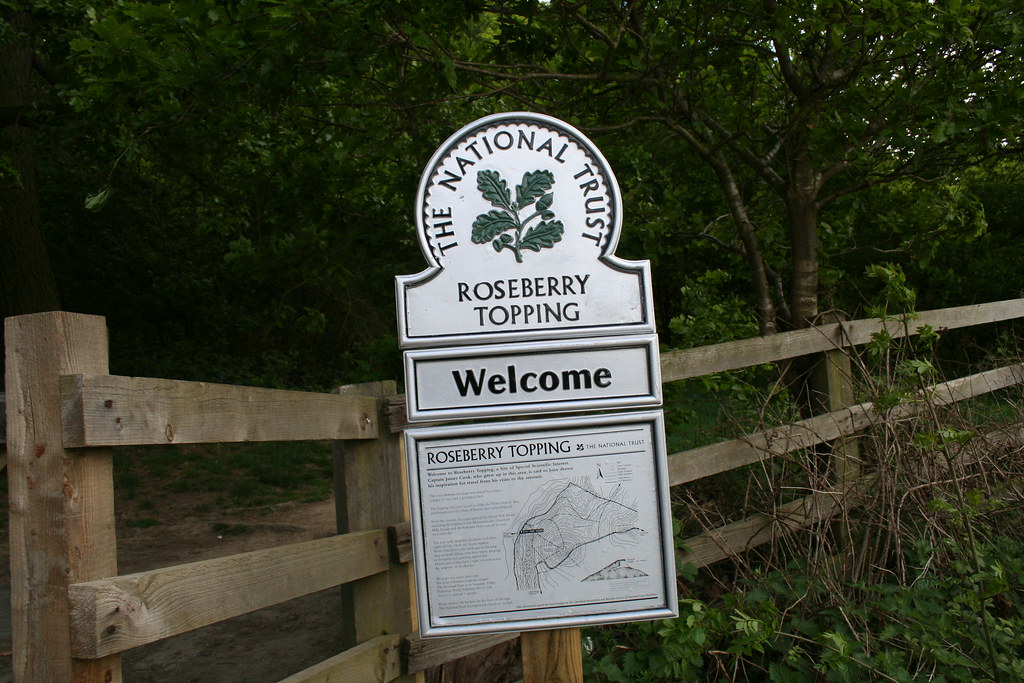 One side of the hill collapsed in 1912 giving it its unusual shape.  I climbed it from Newton under Roseberry and was on the top within 40 minutes.  There is a clear path all of the way.  Unfortunately, the views were obscured by low cloud and the threat of passing showers.

Normally there are great views across the Cleveland plain to the Pennines 40 miles away, to Captain Cook’s Monument on Easby Moor and around the northern escarpment of the North York Moors to Gisborough Moor.  Oh and to the chemical plants around Middlesbrough.  But it was all hazy today, and quite breezy.  That meant that it was just me, Jet and two guys on the top which I reached before 9am, but I passed quite a few people on the way down.

Here are a few pics. 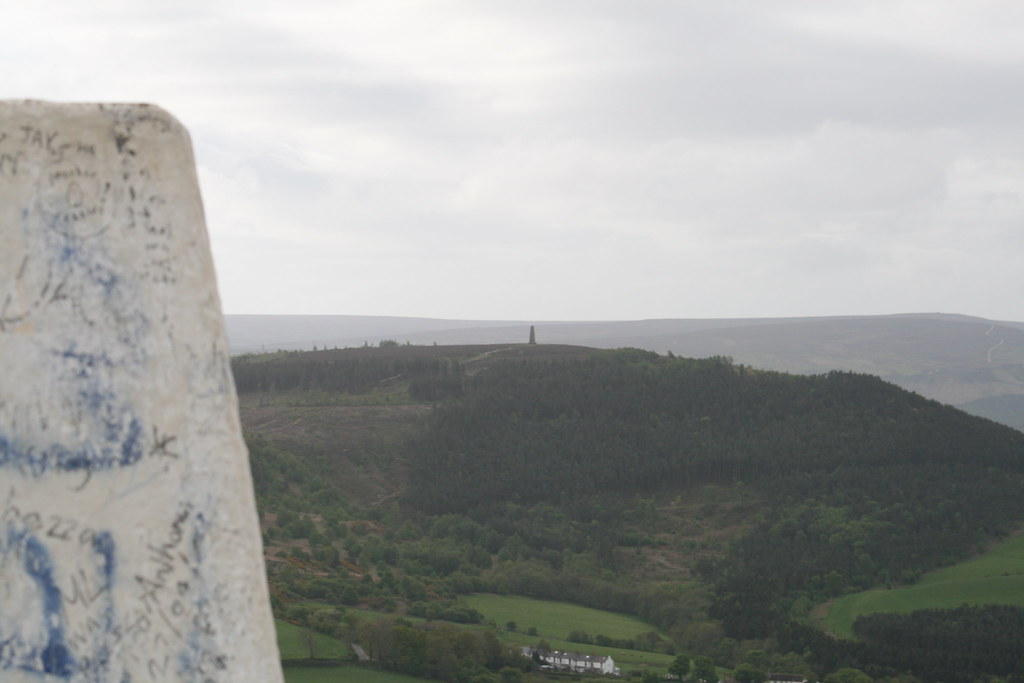 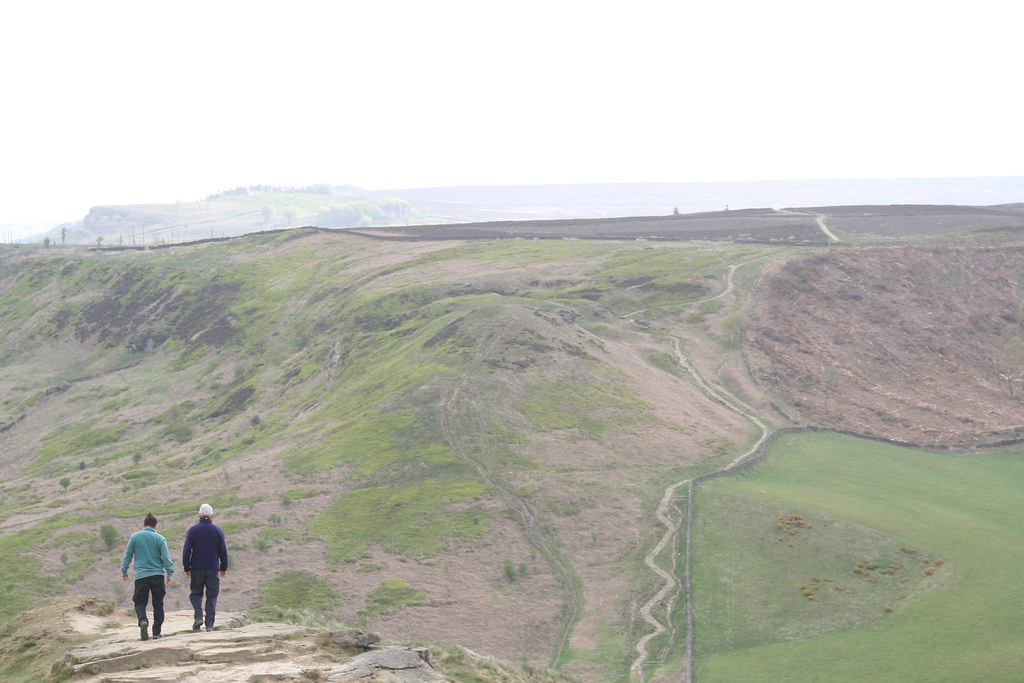 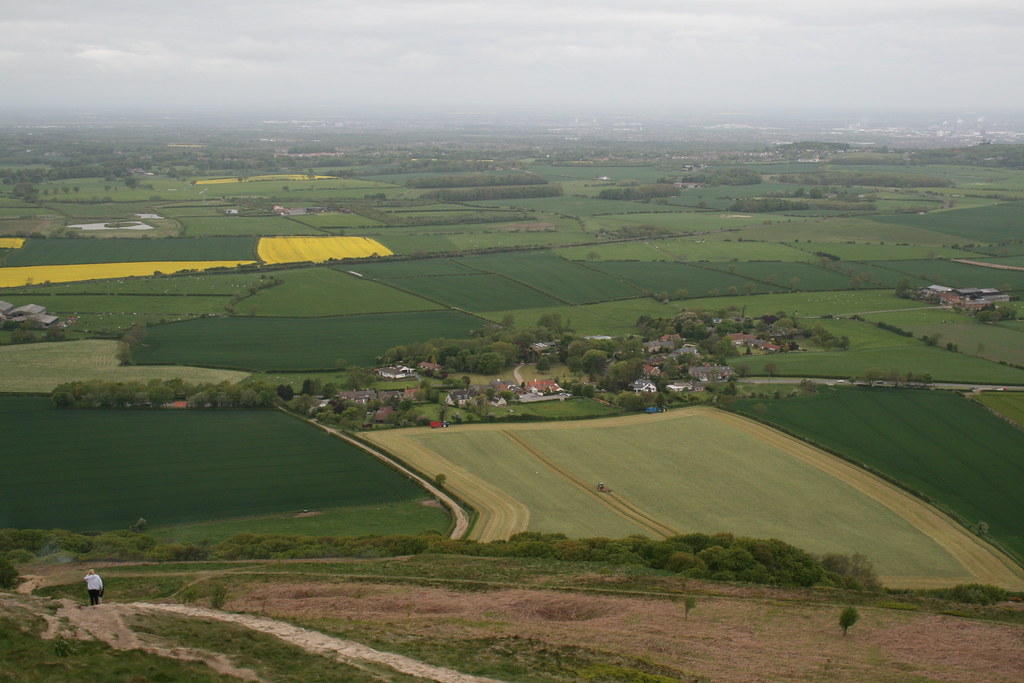 There was a wide path up to the Monument and a few cyclists on mountain bikes whizzed by. 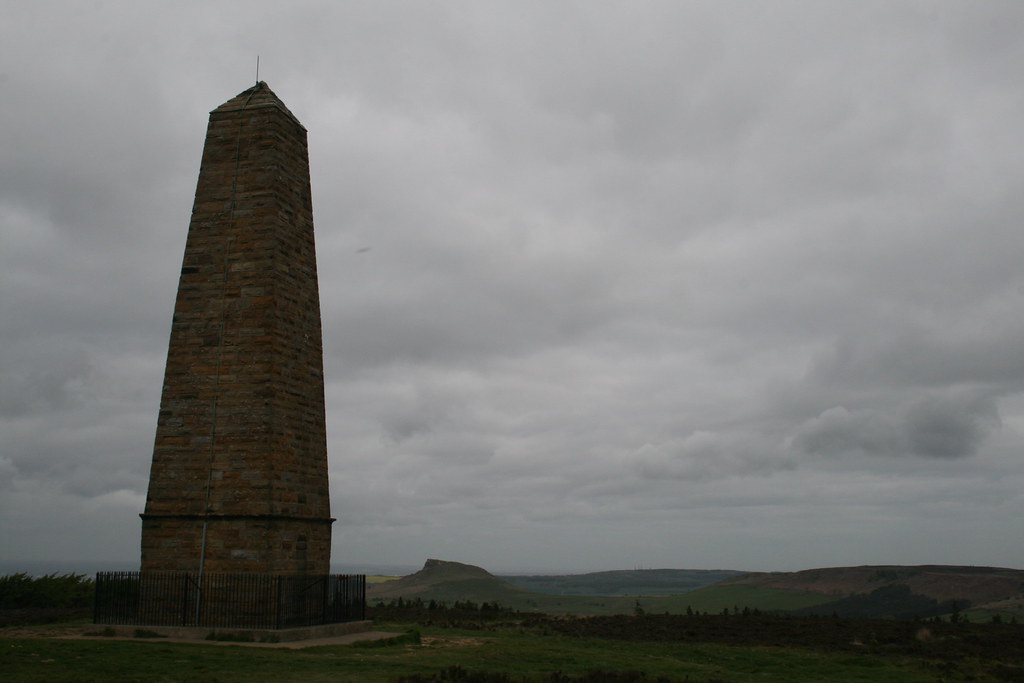 Then it was back down past the car and up on to Great Ayton Moor.  Jet went on the lead because this is a grouse moor.  The summit was a line of ancient cairns off the public footpath but on access land.  The views remained expansive, if hazy and over broad moorland. 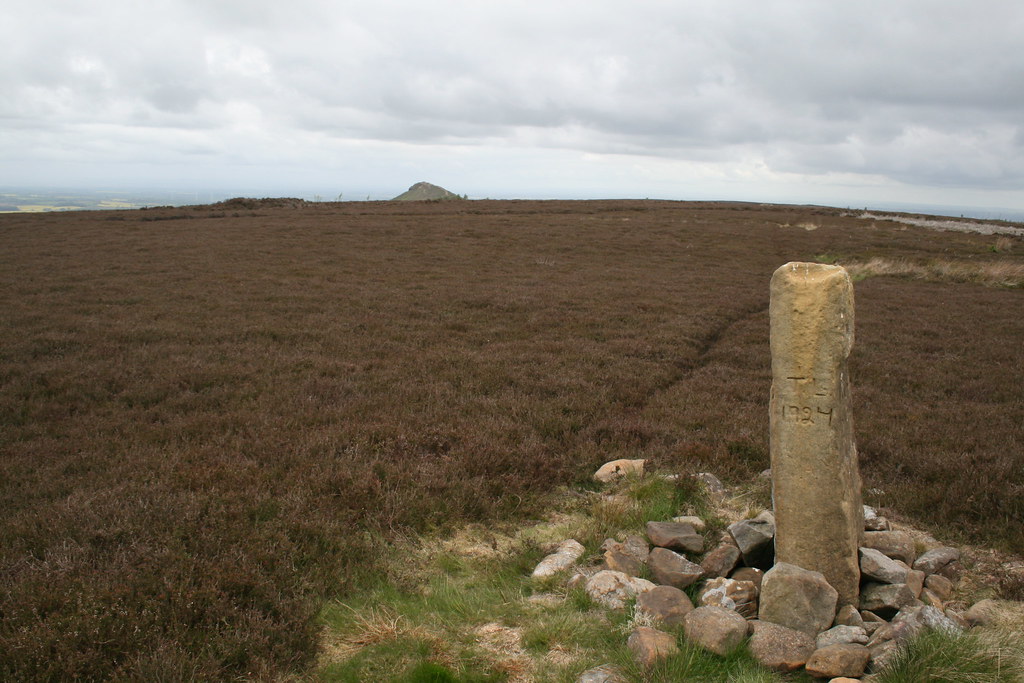 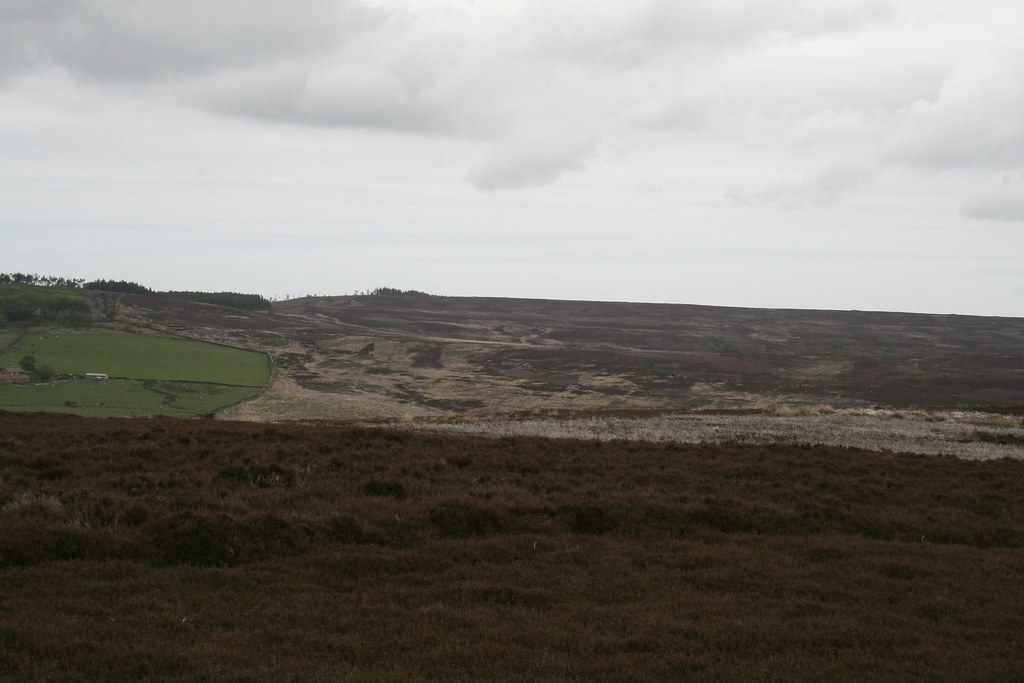 We dipped down through the heather to the Cleveland Way and I was able to let Jet off the lead.

The ground descended gradually towards Highcliffe Farm and then followed the outside of the woodland for a further kilometre to the trig point at point 324m.  The trig point is not the highest point on Gisborough Moor.  This is a further 2 kilometres to the south east and just 4 metres higher.  Way in the distance, to the south east, I could just make out the buildings at Fylingdales, the RAF tracking station. 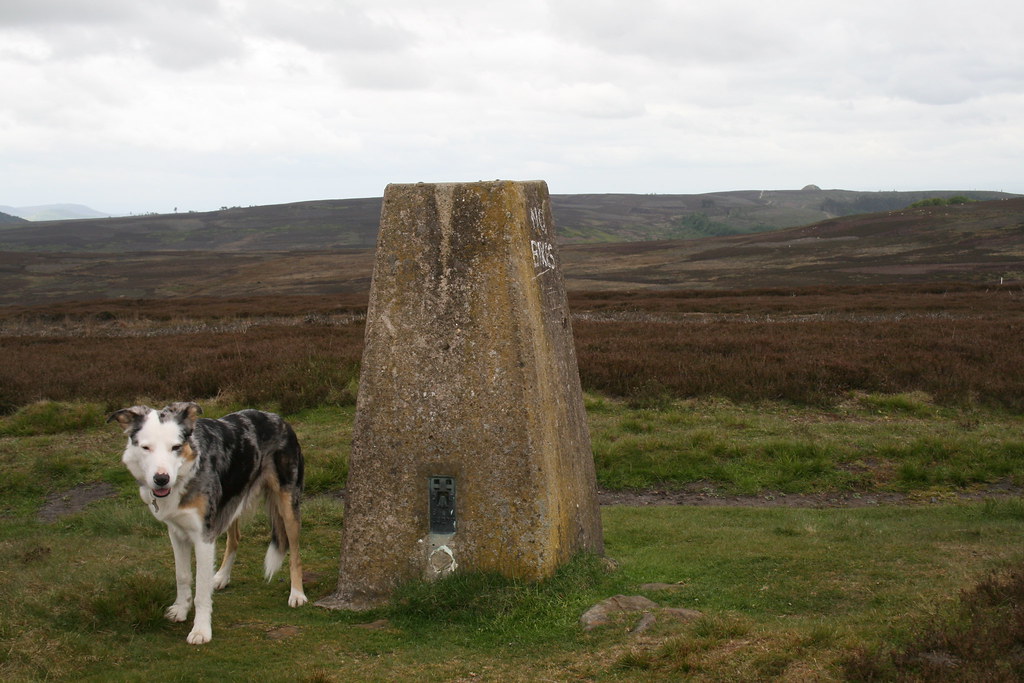 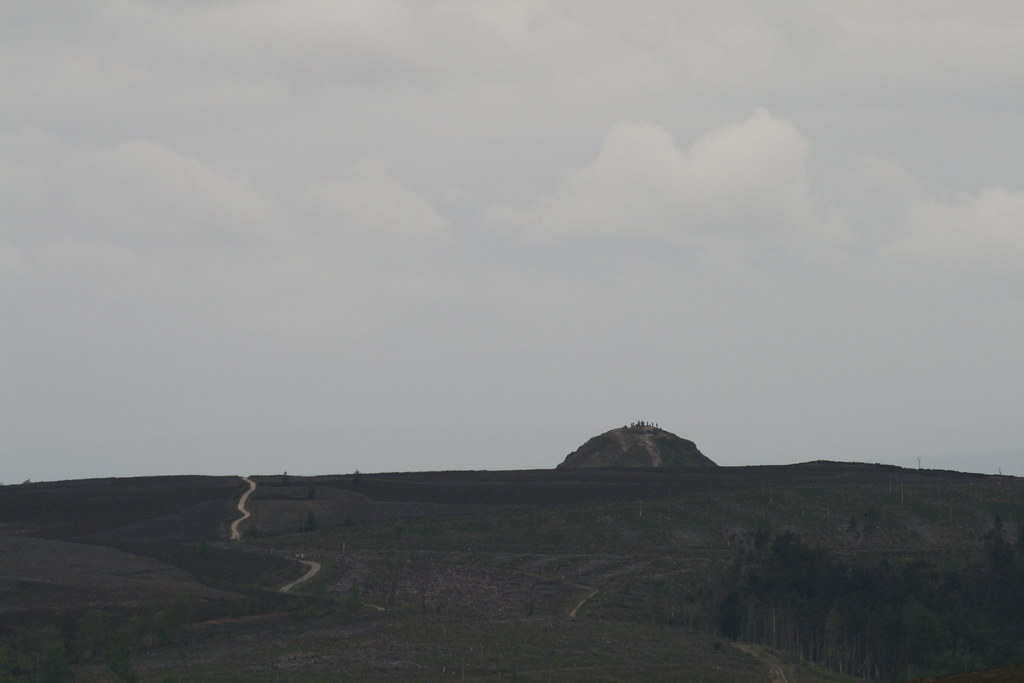 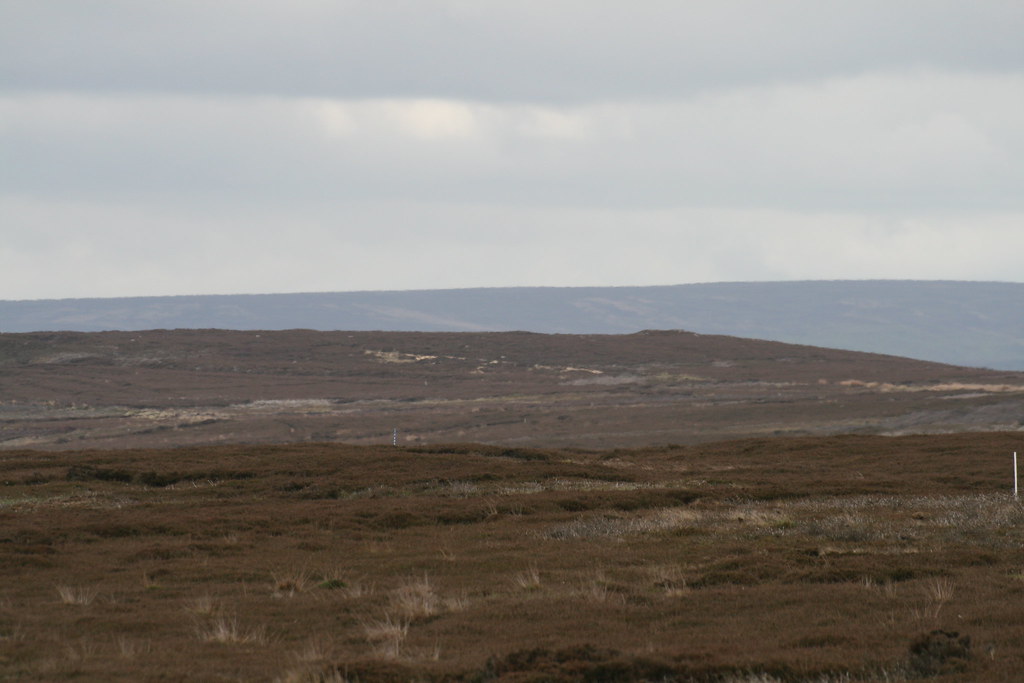 Now off the right of way I put Jet on the lead again.  There is a track almost all the way and in the distance I could see a vehicle, and a figure.  When Jet and I got there, I discovered it was the Estate gamekeeper.  He was spraying the track edges against the possibility of thistle seeds.  We had a chat about the fact that until around 10 years ago this stretch of moor was infested with bracken.  The Estate had used helicopters to spray the moor and then undertaken selective spraying by hand over 5 years.  This had rid the moor of the bracken and grouse numbers had increased.

The top was now not far off.  In fact there are three candidates for the highpoint, two of which are ancient tumuli and one a pile of stones.  We visited each. 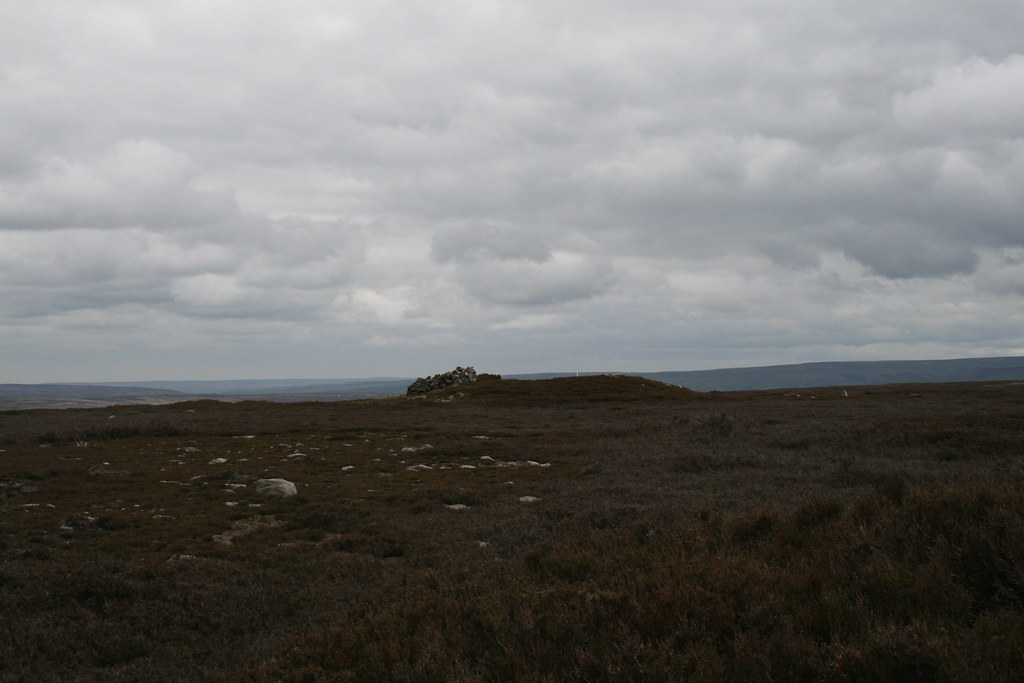 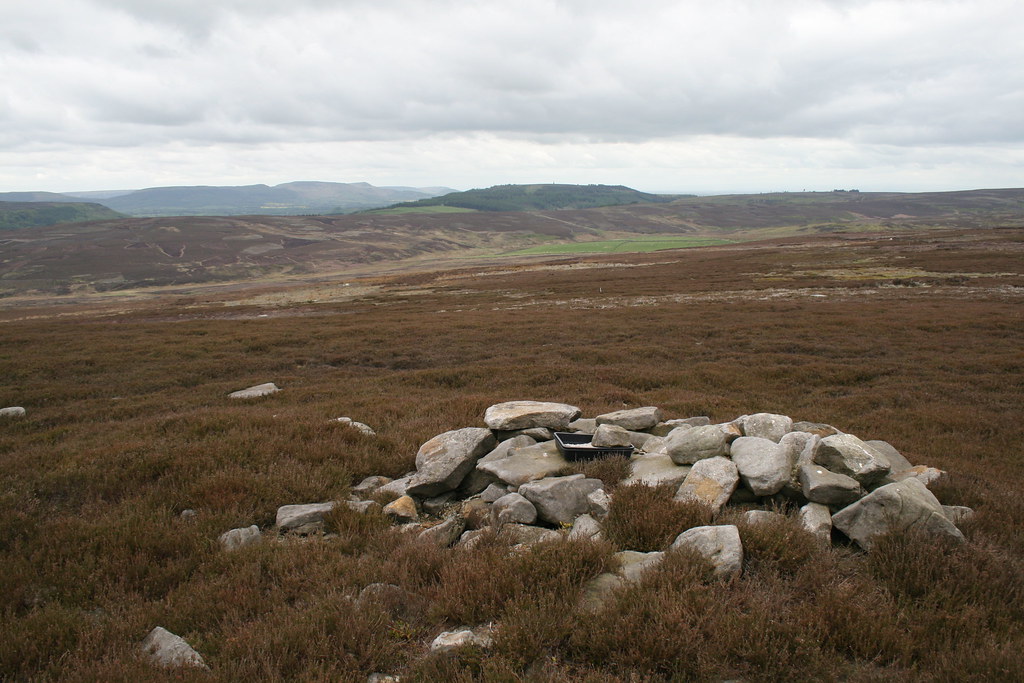 From there, we followed a path down towards the farm at Sleddale and thence across the valley to the bridleway.  This led to the minor road and a fenced off area where there is a hut circle at point 263.  From there it was an easy walk around the side of Great Ayton Moor on the public footpath back to the car.

An interesting day of wide open spaces and long distance views.  An hour later I was back home.